Dr. Christine Liu grew up in Taipei, Taiwan. She earned her B.A. in Economics and Foreign Language and Literature at National Chengchi University in Taipei, Taiwan. Because of her passion about foreign languages, she continued to pursue her M.A. in Foreign Language and Literature at National Taiwan University in Taipei, Taiwan. After teaching English several years in Taipei, she came to the U.S. and earned her Ph.D. in Foreign Language and ESL Education at the University of Iowa in 2019. She gained extensive experience in teaching Chinese as a foreign language to American students during her pursuit of her Ph.D. Focusing on Chinese and technology-enhanced language learning, Dr. Liu has presented and published her research findings in various conferences. She joined Salem Academy as a Mandarin teacher in fall 2019 and has been enjoying this big family ever since. Her goal is to help her students not only to feel comfortable/confident in speaking Mandarin Chinese, but also gain knowledge about Chinese cultures through a variety of activities. In her leisure time, she likes to write and has published a bilingual novel for English learners in Taiwan. She also loves to go hiking, do yoga, and write Chinese calligraphy. Recently, she has resumed her “old” passion for Chinese ink painting and determined to paint bamboo and plum blossom well to go with her Chinese calligraphy someday. 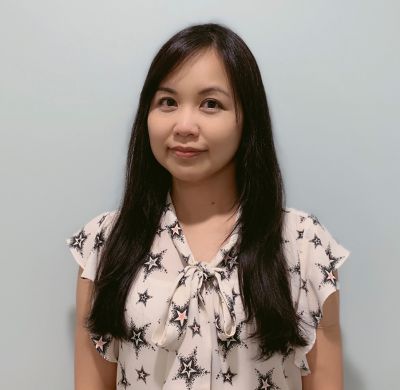